Pressure is building up on the National Rifle Association of India (NRAI) to call off the upcoming shooting World Cup in New Delhi after the cancellation of the Munich edition owing to the COVID-19 pandemic.

The Delhi World Cup, originally scheduled to be held from March 15-26, was postponed barely four days before the start of the event.

However, with the Munich World Cup being cancelled, sources close to the NRAI said the sport’s apex body in India is also under pressure to follow suit, considering the uncertainty arising out of the unprecedented health crisis.

“There is pressure, especially after the cancellation in Munich, which was to be held after Delhi. Given that lockdowns are being enforced not just in India, how will the shooters prepare for an event like a World Cup now,” a source told PTI.

“Going by the views of many associated with the sport in India, the writing is on the wall and the NRAI would do well to announce it now rather than doing it much later,” another source added.

Those who are not in favour of the tournament have cited the cancellation of marquee events from others sports like the Wimbledon and the logistics involved in organising a World Cup in “these uncertain times”.

“Even the the biggest of them all — the Olympics has also been postponed to next year. So the call for cancellation is appropriate.”

“They need fresh visas, weapon permits, tickets and nothing is working anywhere at the moment,” he said.

“Moreover, there is no access to the range and so no training.”

“Olympic Games postponed for one year, whole India in quarantine, but ISSF still keeps rescheduled ISSF World Cup rifle and pistol, New Delhi, 5th-13th May, in the list of next events?” he wrote on a social media platform.

Debevec is a gold medallist at the Sydney Olympics besides being a five-time world champion.

The decision to postpone the tournament was arrived at after the Indian government imposed several restrictions on the entry of travellers from affected countries such as China, Italy, South Korea, Japan and Iran, in a bid to contain the spread of novel coronavirus.

Declared a pandemic by the World Health Organisation (WHO), the novel coronavirus has so far claimed more than 48000 lives across the world while infecting over 9.5 lakh people.

The pandemic has also led to 60 deaths so far in India while infecting over 2100 people.

On Wednesday night, the International Shooting Sport Federation announced the cancellation of the Munich World Cup.

“Due to COVID-19 pandemic, the Organising Committee of the German Shooting Sport Federation along with the ISSF and the responsible authorities in Munich and Suhl have been forced to cancel the ISSF World Cup Rifle/Pistol, which should have taken place in Munich, Germany from 2nd to 9th June, as well as the ISSF Junior World Championship Rifle/Pistol/Shotgun, which should have been held in Suhl, Germany from 11th to 19th July,” the ISSF stated.

Get real-time alerts and all the news on your phone with the all-new India Today app. Download from Ish Sodhi teases Jos Buttler over IPL Mankad episode: I am with you Jos 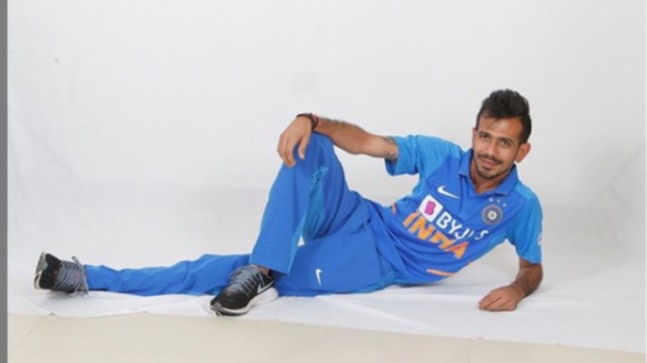 Will not return to my home once Covid-19 lockdown is over: Yuzvendra Chahal